Icy roads and a bitter gale almost forced me to reconsider doing this one. I'd foolishly brought very little warm gear for the overland trip to and fro, but decided I would just have to suffer.

The approach which I decided was better done in wetsuit than jeans was a wild frigid affair and as is usually the case on Fountains Fell not a soul stirred. Water levels in the cave had almost dropped back to there usual self for the time of year, but it always feels sporting. The series of ducks that allow access to Aurora Hall and the Far North were completely sumped, but by busting down a cobble dam just downstream I managed to yield a few inches of airspace, enough to gain entry. It's been more than ten years since I first visited the Far North, that trip was one of my very early solo cave experiences and a real milestone for me at the time. Although I've had a number of trips here since that first occasion with others, it was nice to be back there alone, marveling at the beauty and the atmosphere that one never really becomes aware of when accompanied. After visiting the terminus of the Morass Inlet Sump I retreated back to Blackstone Chamber where I sat for what seemed like an age, considering the things I missed out there in the world above and thinking very little of my surroundings. That's the thing I love the most about solo caving, the ability to think with great clarity, all unwanted clutter is filtered away leaving only the truly relevant stuff, the fuel that tempts one to return to the world above, one's true Loves.
Fortunately the ducks linking the Far North to the Old Cave were still open and not sumped on my return, something I had briefly considered being a possibility while passing them and waterlogged ears were the only thing I suffered. The wind had dropped on reaching the surface where I was met by a gorgeous twilight moonlit snow scape. The walk back was heaven, my leather knee pad straps needed un-thawing with the flask and the roads home were lethal.

Copyright
© Simon Beck, 2015. The copyright for this article and Photographs remains with the author. It should not be reproduced without permission. 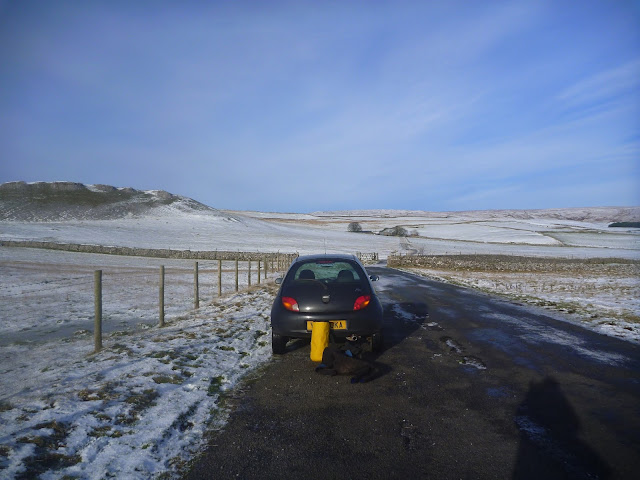 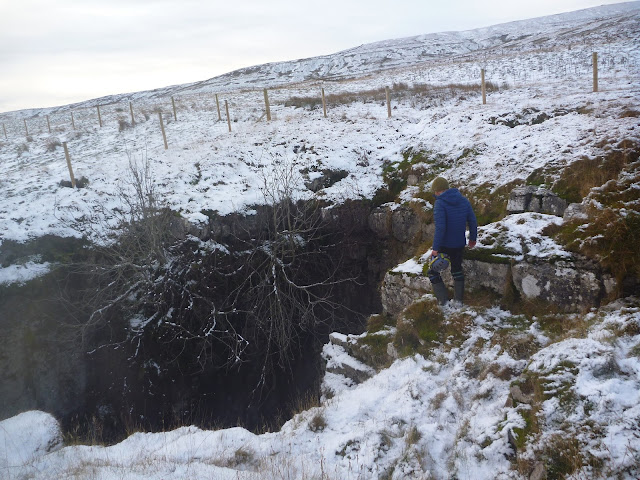 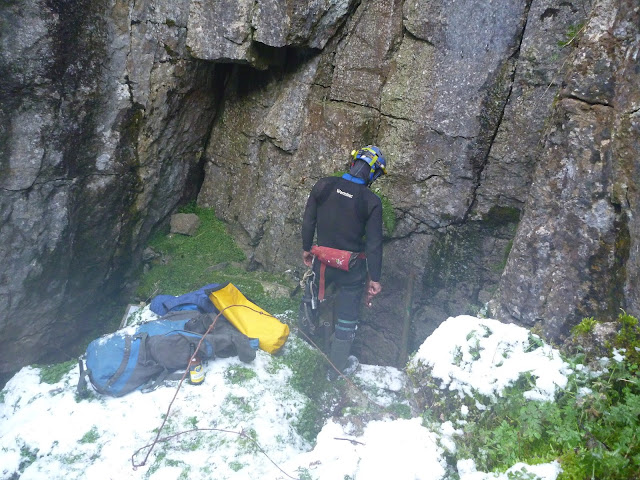