Some of us will forever be governed by the sensations we have long sought, collected and experienced throughout our lives. Some of these sensations are so addictive that we never break free of the need to continually pursue them. Because without such stimulus life becomes a listless struggle, just merely existing.
For a while now I have felt the frustration that comes with not pushing myself enough, or more the fact I am not pursuing the one activity that I feel challenges me.


I had begun to kid myself that the simple joy of just potholing for sport would actually sustain me indefinitely, for that is how I have spent the previous winter and spring. Those vacant retro like experiences were as fulfilling as ever while they lasted but nagging doubts that I was worthy enough to collect my reward became progressively more evident. Maybe it was the people around me, who thought that what I was doing was more than worthy was the reason for it's long overdue existence.

Since I returned to my home turf more than four years ago I have struggled to maintain consistent interest in a singular activity and have instead veered between the crags, sumps, caves and beds of the dales. My aspirations relating to diving have always frustratingly come during winter when I continually clutch at short straws. I have always managed to get plenty done during those sombre months, but just not enough to make the golden gritstone crags seem any less appealing come spring.
My frustration more than anything comes from all the summers of favourable subterranean conditions and years of accumulated loose ends that I have wasted pursuing upon the crags something I could never be anywhere near as good at.

The first instalment of my winter was merged darkly with 'Season in the Abyss'. I sensed the beginning of something I couldn't quite pinpoint during that period. With hindsight it was a new and exciting chapter in chronicling and seeking out desperation and hardship through abject autonomy.
I began to accumulate a rather sickening list of to-dos, ones my sanity would probably not have survived.

The segment that followed the abyss was one best described as treading water amongst the sharks. The venues stayed the same but my reckless complacency awaited my demise.
Weekly Dowbergill trips to keep myself conditioned continued, as did Langstroth Pot on a couple of further occasions. The latter of the Langstroth trips was the one which makes me now smile. Everything that could go wrong almost went wrong on that trip. Even though I tried at the time to shake myself out of it and wake the fuck up. Little did I know I was just lacking the necessary mechanism. The only thing that didn't come that day was the flood pulse that began to amass on the surface some minutes after I had descended.
My initial plan that day had been to dive in to Langstroth pot from the bottom to grab my stashed gear from previous trips, but I knew the satisfaction gleaned from such a trivial excursion on this day just wouldn't cut it, so I did the whole thing again.

The sky was like charcoal as I humped up to the entrance clad in thick rubber, I could sense the maelstrom in the near distance. Richard in the valley below documented my beckoning departure from society with some tangible farewell pictures of Mr Beck. I am not sure what he was thinking but he no doubt sensed I was in for a rough ride that afternoon. It was a trivial broken knee pad strap that began the chain reaction. I laughingly blamed the laws of probability on what was happening but having a head full of Opiates was no doubt the true cause. I made a poor job of berating myself just prior to nearly dropping my vacant rope down one of the latter pitches. I had been threading one end through the abseil tat when the tackle bag fell to the sharks waiting below, fortunately the contents spilled forth without tearing the end of the rope from my grasp.
I tried to instill the mindset of a novice for the rest of the trip which kept my head and narcotic lack of self preservation above water. The free dives out at the end were by far the safest part of the whole trip. I was then ambushed by society with the camera by Rich on arrival in Langstroth Cave. A devastating flood pulse would no doubt have been soon in the coming considering conditions when we reached the surface.
We then drove wide eyed to Ribblehead awed at the valleys awash with torrential flood waters.

Weeks later I was having a brew with family farming friends when they asked me if I was still diving. I offered a genuine excuse in that the urge was neither there nor apparent and that I was for once enjoying just being a Potholer again. The real truth and something I had forgotten about was; I just didn't have the funds back at the end of autumn to justify continuing with it for the winter. Tanks needed servicing(hardly a necessity, but when friends are filling them on their personal compressor's adhering to health and safety is only courteous) dive lights also needed replacing and the overheads inherent in filling cylinders and humping gear in a run-down old Rover and stuff was too much for my nose-diving income. Such decisiveness had allowed me a clear conscience and a winter of unadulterated sporting fun, but the earlier mentioned conversation re-founded old reflexes and the reality I would return to diving regardless of my finances.

I am definitely guilty of asking for far too much out of life. The moment some years ago when I became conscious of my greed was the moment it all began to go wrong.

My brain chemistry appeared to alter after making the decision, something I have always long resented. The weather was in favour of a return to a prior diving project but I wasn't ready. Kit needed repairing, new bits needed ordering, so for stimulus I reverted back to old habits. On a day when I could have been doing something far more ambitious I had a predicted mundane trip through Dowbergill Passage, elevated water levels added flavour but I was just going through the motions.
My first real break from the program came with a trip into Middle Scar Cave, a long held favourite of mine, a site that offers alternative therapy (for the region) malign beauty and a worrying fragility.
The sight that met me beyond the entrance sump was one of recent devastation. Although not uncommon, Middle Scar always appears to be in that recently released from the grips of flooding type state. The very fresh looking high water mark was two metres plus in the canyons. The colony of freshwater shrimps I had unwittingly discovered on a previous trip here had long fled. A comical sight they were at the time for I did wonder with amazement at just how they had managed to attain their elevated position in the first place.
It was a journal front cover that originally inspired me to visit this cave. That image of Rising Mirth summed up just what I was looking for in caving at the time and I was not disappointed with how it depicted the experience. Rising Mirth is a length of passage I have long dubbed the Far Waters in Goth. One must move with great deliberation through this delicate and unique gem. If it were not for the gendarme in the form of an entry sump it would no doubt have long been trashed.
The reality of Middle Scar and a return to the tourist hotspot of Ribblehead really do not mingle. It was a rather fleeting trip considering my accumulated resolve but one nevertheless filled with potency.

A good friend said it is the company I keep which continually steers me in the wrong direction but I fear I am far too long in the tooth to change my wayward self.
I am no less frustrated than I was as I now write, but I am a little wiser and certainly more conscious of what is necessary to maintain my search for the things I previously experienced and long sought.

Copyright
© Simon Beck, 2015. The copyright for this article and Photographs remains with the author. It should not be reproduced without permission. 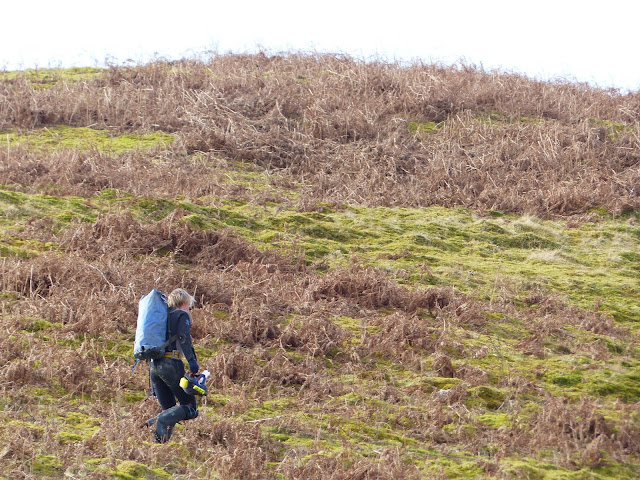 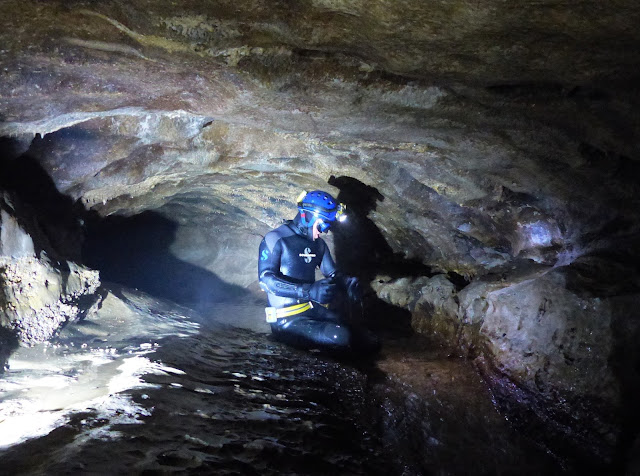