It was the first time we'd really caught up all weekend. Previous encounters had been transitory and in passing. Conversation rarely exceeded the limits of the castle and our individual weekend experiences. Silence had returned. A familiar silence. One that epitomizes age old stone. That creeping sense of desolation and loss, there throughout the morning, had now reached it's peak. The party was over! Yet I continued to cling! To prolong that inevitable departure with the filling of memories with vacant spaces.

Although still very much in the present we paid tribute to our previous year's neighbouring quarters. It was the first time that weekend I'd allowed myself to wander back to that prior event. I barely touched upon the cusp of those faded emotions. I hadn't cared much up to press. I'd deluded myself with the notion the weekend would last eternal. The viscious circle had again begun. But with it a glimmer of hope. The hope that a chance encounter would become more than an awkward heartfelt goodbye.

What had I expected?

Tp predict the content of such an undertaking is one left purely to the imagination. Previous experiences largely govern ones predictions. Expecting to know the outcome is well beyond the realm of the imagination. That conclusion comes only now and with hindsight. Yet I found myself, just prior to the event, treading a path I expected to regain effortlessly once the other side.

I couldn't imagine being anywhere else on earth on that given weekend.

My journey north would be classed a dismal affair under normal circumstances. All that existed was a murk and spray lashed horizon. My only fears were the unfavourable odds that exist in me failing, in one of the many ways, to reach my destination.
I had wondered during the previous year's departure whether I would ever cast my eyes over that place again. As I traversed those final few miles to that familiar hollow beyond the treeline, I knew it was a given I would be.

The peace that existed at the beginning was little different from that of the end. Aside from one factor; the anticipation of what was to come!

Reality was hastily exchanged for that favourable other. My original state I trusted would be waiting for me come the other side.

Possible living quarters were poured over but the annex was too much to resist. I hadn't forgotten how cosy and inviting it had appeared last year.

The crowd gathered and with it came endless introductions.

I was awaiting the tables turning. So I could lose my lonesome self. Anonymous amongst an imagined sound of moving souls.

Fine art was exchanged, yet still sort, to offer an altogether different perspective.

My que came with the spinning of the tables. But unison with the beat was still some way off.

I sort refuge in the far off kitchen and with it came the epoch! 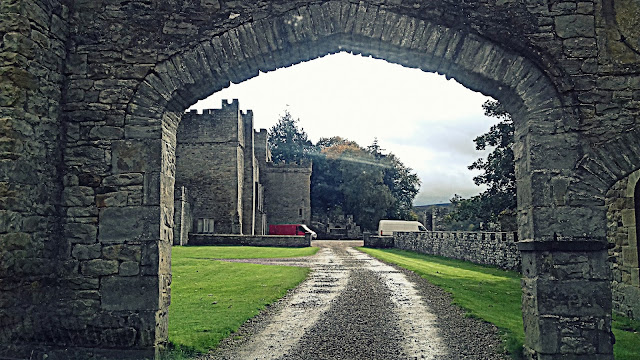 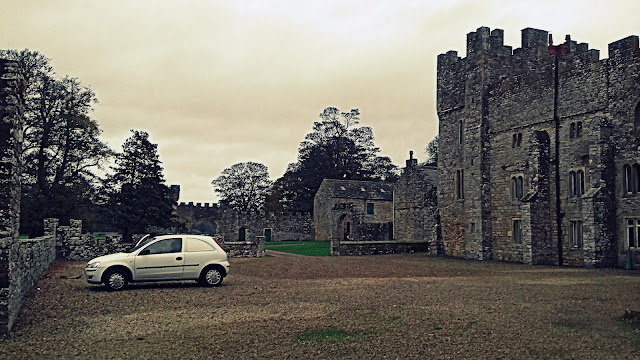 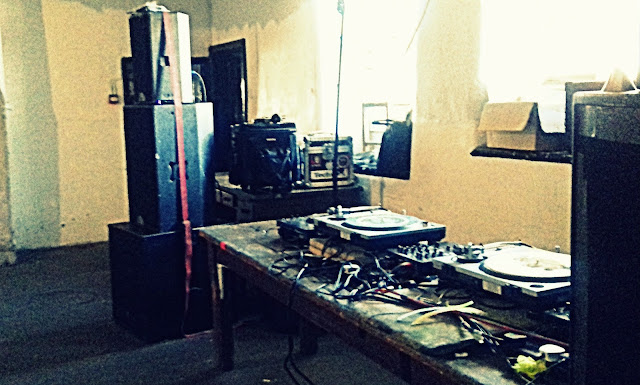 Copyright
© Simon Beck, 2017. The copyright for this article and photographs remains with the author. It should not be reproduced without permission.
Posted by Simon Beck at 21:01