After a rest day, or more, a 24 hour impatient wait to get back, you'd think I'd be prepared, instead of rushing about at the last minute and nearly forgetting some key stuff.

Couldn't wait to get back down there, especially with the way on wide open.

Met at Yarnbury just before noon, got some bits from screwfix during the drive over.

Inventory for the day was a little larger than usual. Drill, plus a few short 9mm ropes, bolt kit and a few other bits I've forgotten.
Slow steady trip down to the new work site.
Transported everything needed through the breakthrough slot to the 'White Hotel' beyond. The latter is named after a Manchester venue, where if you're not careful you trip over the undulating ex-workshop floor.

Everything was laid out ready with a lot more space to work, amongst seemingly palatial surroundings compared to previously.

Cleared up the slope of all dangerous looking loose boulders. Rolled a couple of absolute monsters up and out of the way.

Began capping the block which most definitely blocked access downwards. Removed a good slice but still nowhere near.
Removed some more which unsettled the block and the false floor I was partially on. It now needed completely removing, especially if we were to get safely up and down.
Placed a spit/hanger, some tat, and then continued. If it all went I had something to grab.
The block proved to be a sod when it dropped a bit, while I was levering it out of position, and jammed a foot down. One well placed cap and down it went.

The dropped turned out to only be a few metres from the false floor lip, but was awkward to climb without possibly bringing down the false lip. The idea of a knotted rope made it easy to climb without unsettling anything.
This lead to another boulder chamber which at first seemed like the end. A slot was noticed beyond the base of the pitch, which lead to a slide down clean washed scalloped slabs to a tall rift chamber beyond.
I called to Adele to say it was safe to come down, which she did, joining me in the rift chamber minutes later.
The blocks here were huge garage sized things and sloping some 20-30 degrees in places.
A window squeeze then lead to further going, along a boulder corridor to a small chamber beyond, and what looked like the end of the wide open stuff.

It really took a little swallowing at the time. It wasn't just the fact this was new stuff, it was new stuff in Mossdale! And the fact I'd truly broken through that most coveted of horizons.

Most of the nooks and crannies were investigated as we made our way back, including a partial excavation of a squeeze leading to open, but inaccessible going beyond.

I estimated at the time that we'd dropped around 8 metres below the floor of Ouroborous and explored about 30 metres of new stuff within the choke.

Returned to the White Hotel to tidy/pack up before heading out.

My fourth visit in six days! I felt as shattered as could be expected. 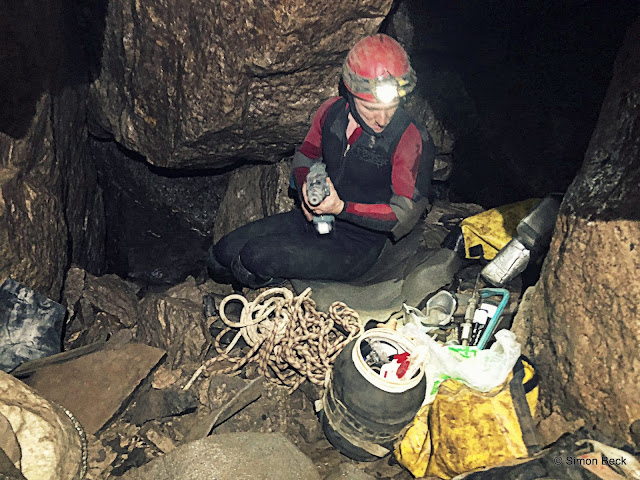 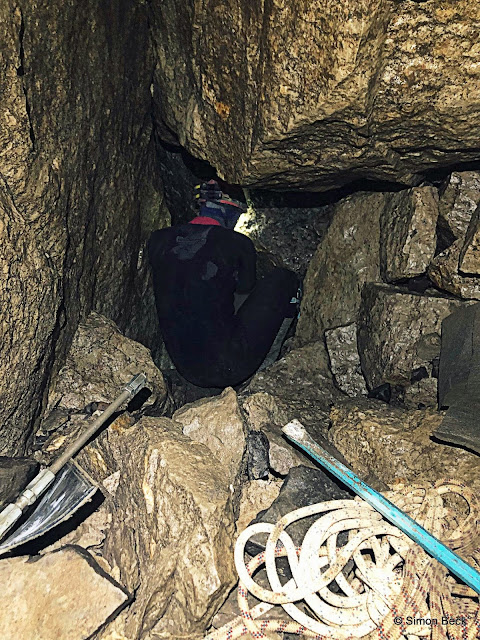 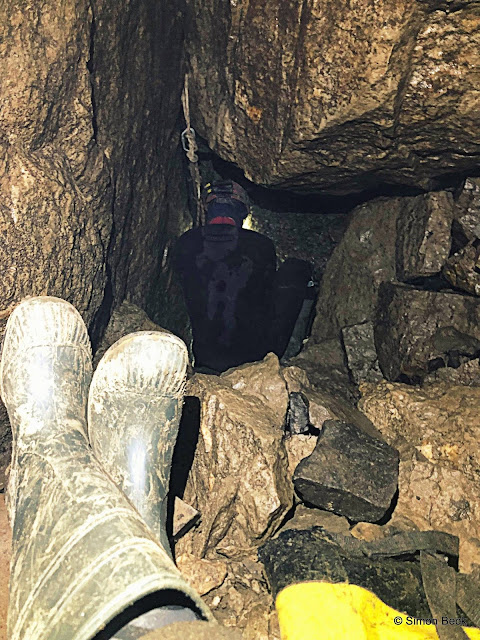 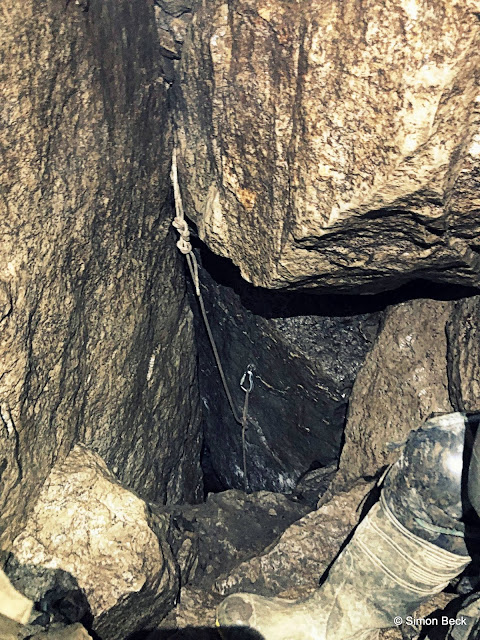 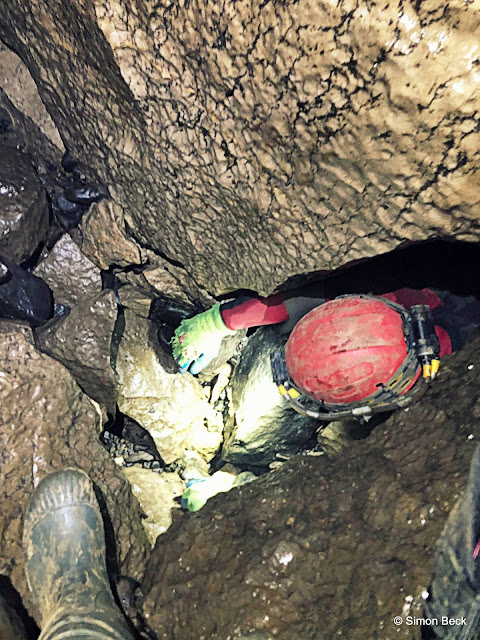 Copyright
© Simon Beck, 2018. The copyright for this article and photographs, remains with the author. It should not be reproduced without permission.
Posted by Simon Beck at 23:36